Waze Navigation Will Include Google Assistant

After being a part of Google Maps, Google Assistant is now set to be on the Waze Android app in the US. This means that the app will not only include navigation voice commands, but it will also feature some other hands-free options such as making calls and playing music. This will also allow Waze users to enjoy other hands-free features like avoiding tolls and accessing alternative routing.

Waze has a user base of 100+ million Android user will various user and professional reviews claiming its superiority to other Map apps (including Google Maps). 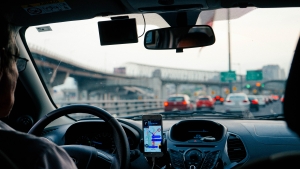 With the acquisition of Waze in 2013, Google has been exchanging options and features between maps and Waze (mostly from Waze to Maps). While Google Maps is a giant app in terms of numbers, Waze still has its loyal users that Google has to consider while making changes to the app.

This is important because Waze had a successful integration of ads for small businesses in its app without affecting its user experience. In fact, when it comes to ads, Waze has arguably been better than Google Maps through more creative approaches and more innovative new features.

Why You Should Have a Google My Business Account and Enjoy the Newest Features
September 6, 2021

How Keyword Stuffing Will Affect Your Google My Business Efforts
July 19, 2021